Samsung Note 20 - What to Expect

Samsung Galaxy Note 20 is Nigh – Here’s What to Expect

The wait is nearly over! The most anticipated Android smartphone is officially a few weeks away. Samsung recently confirmed the dates for its virtual Galaxy Unpacked 2020 event—which is scheduled for August 5.

We expect the South Korean company to unveil the Samsung Galaxy Note 20 and a couple of other mobile devices—including the Galaxy Tab S7 and a 5G version of Galaxy Z Flip. As for the shipping date, rumors point to August 21, pending further confirmation.

As we countdown days to the unveiling of arguable the most powerful Android phone yet, here’s what to expect from the device:

Overview of the Specs

Drawing on the naming of its predecessors, most people assumed that Samsung would follow in its trend by naming the upcoming devices Note 20 and Note 20 Plus. But that doesn’t seem to be the case anymore.

A Bluetooth certification uncovered by MySmartPrice suggests the existence of a Note 20 Ultra. But then again, the rumor mills have consistently claimed that there will be two variations of the Samsung Galaxy Note 20. Long story short, expect two model – the Galaxy Note 20 and Galaxy Note 20 Plus/Ultra. 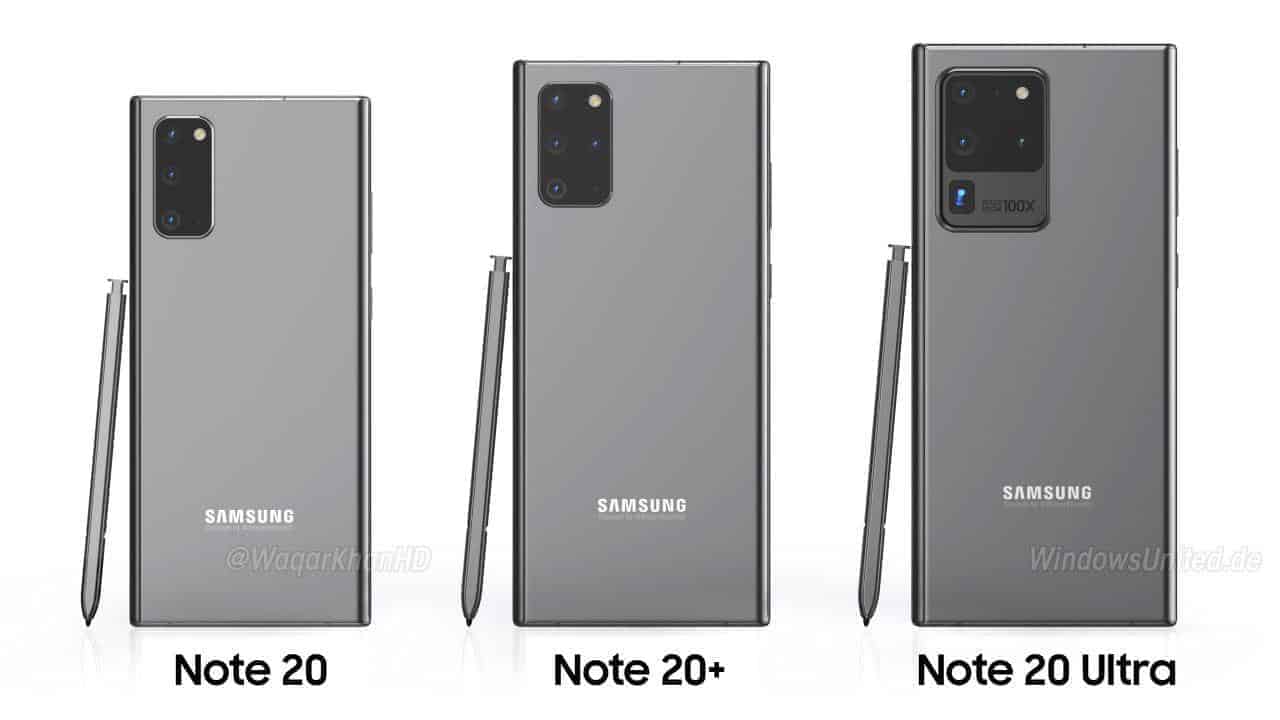 A “more fine-tuned” 120Hz refresh rate technology, a low power display technology that could slash 20% of power consumption – the Galaxy Note 20 offers a lot to admire, if the rumors are true.

As we enter the last lap to the much-anticipated release of the Note 20, we’re beginning to see glimpses of actual photos of the device. The most accurate leak comes from non-other than Samsung themselves.

In a July 1 post by The Verge, the news website got wind of a leak that appeared in Samsung Russia’s page. It showed a copper-colored device that’s similar to some of the earlier renders. A leaker known as Jimmy Is Promo also released what appears to be a hands-on picture of the Samsung Galaxy Note 20 phablet (Here’s are the front and back images). And judging from the uncanny resemblance with the image leaked by Samsung, we can assume it’s legitimate.

Other notable feature includes a change in the position of the S Pen housing from right to left, a plastic back cover for the Note 20, and four color hues (Mint Green, Copper, White/Grey, and Black). Oh, and the S Pen is rumored to offer new capabilities—including acting as a pointer.

Leaks of the purported camera placement have been circulating since the turn of the year. And most of them draw a similarity to the Galaxy S20. This includes the quad-lens setup and 108MP main camera for the Note 20 Plus. The device will also feature a laser focus sensor to solve focusing issues seen in the S20 Ultra.

It’s worth noting that a leak by Ice Universe suggests that Samsung may retire its 100x Space Zoom camera – at least until they iron its flaws. Instead, the manufacturer will adopt a 50x telephoto lens with a periscope-style design.

Processor – The Top Dog of Android

Qualcomm recently announced it most powerful 5G-enabled chipset – the Snapdragon 865 Plus. Although there’s no official claim on whether the Samsung Note 20 will run on the new chipset, history tells us that it’s given—and Ice Universe reiterates.

To make things more interesting, benchmark results flagged by the serial leaker show a phone thought to be the Note 20 topping the 3Ghz mark. The device in question managed a multi-core score of 3,220 and 985 on the single-core test. This outpaces every Samsung device—and possibly all Android phones.

The Galaxy S20 could get a 4,000 mAh battery — while the Ultra/Plus variant gets 4,500 mAh battery. This is a commendable upgrade from its predecessor. Combined with the energy-saving fine-tuned refresh rate technology and low power display technology discussed earlier, we could see a significant boost in daily longevity.

For such as feature-packed mobile device, none of us was really expecting anything less than $900 or even $1,000—and the rumors confirm our suspicions. Besides, the Galaxy Note series has always been a premium offering since its early days.

Its predecessor retails at $950 with the Plus model going for $1,099. Similarly, Samsung’s other flagship—the Galaxy S20—starts at $999 to as high as $$1,399 for the S20 Ultra. Catch the drift? In fact, some rumor sources even claim that the Galaxy Note 20 might be the most expensive release by the company.

Planning to Buy the Best Android Mobile Device Yet?

With only a few weeks to go before Samsung unveils a device we’ve been drooling over for the better half of 2020; the excitement is at a fever pitch. Whether you choose to set aside $1,000 for arguably the best device of the year or stick with the Galaxy S10, Tech Armor has you covered. Our top-of-the-range screen protectors are designed to keep your investment in pristine condition.